Here is another piece of my coursework for C&Gs. I had to produce a patchwork block using inserts. My first thoughts were along the lines of flowers, which is what most people seem to do. But then I decided to try to interpret a traditional block using inserts. When I made my sampler from a pillowcase I used some rectangular inserts that are folded in half to make a square, which is then inserted between two square patches. The insert can then be opened out to look like triangles. So I chose a block that was based on half square triangles and made it up using inserted rectangles instead. You have to choose a block which has the two half triangles side by side to make one larger one. I found about 15 blocks that would have been suitable and chose to do one called the mosaic block. As the edges of the inserted triangles are then on the bias you can fold them back like the cathedral window blocks. It is very quick to make. Much faster than sewing the block using HSTs. Of course it does take a bit of time to hand sew the edges of the triangles down, but if you wanted to you could use the blind hemming stitch on your machine. 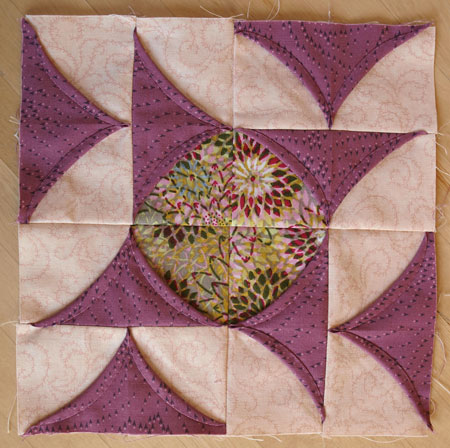 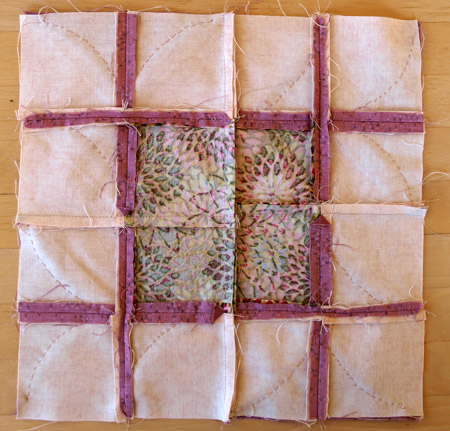