The weather was foul this weekend – cold, grey, miserable. No reason to leave the house and no incentive. So I did some dyeing instead. I needed to dye-paint a piece of cloth for the background for a quilt I am planning. I mixed up some dye in yellow ochre and a dark green and then mixed it to various strengths of dye. I had a piece of fabric about a metre square that was soaked in warm water and then spread out over plastic. My plastic is an IKEA shower curtain that I wipe off each time and reuse. The only problem is that it is folded into squares and these ridges cause the dye to pool. I don’t think it will be a major problem with the piece of fabric because it is going to have a lot of other pieces appliquéd on top, so the lines will be broken up and not so noticeable.

I wanted a gradation of colour from pale yellow ochre to dark green across the diagonal. I think it turned out quite well. 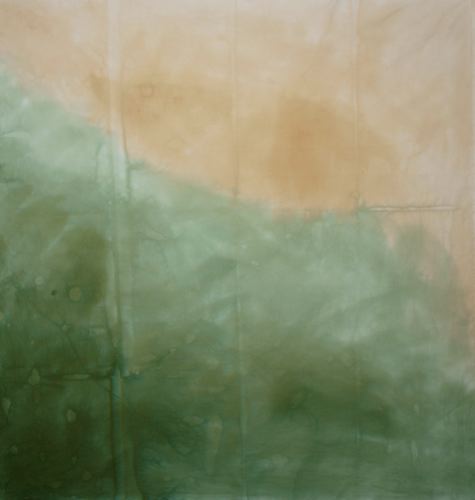 At the same time I also dyed another large piece of fabric a dark green. 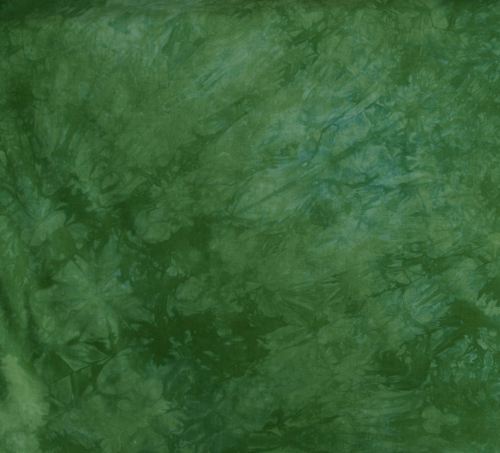 After I’d finished painting the first piece of cloth I still had quite a bit of dye left over and it seemed to be a shame to just pour it down the sink so I did some stuff and dump dyeing. This piece turned out quite nicely. I stuffed a narrow strip of fabric into a large yoghurt pot and poured on the remains of the lightest yellow ochre dye followed by some of the green dye. I then just left it alone for about 2 hours. I do like these surprise pieces that you get this way. 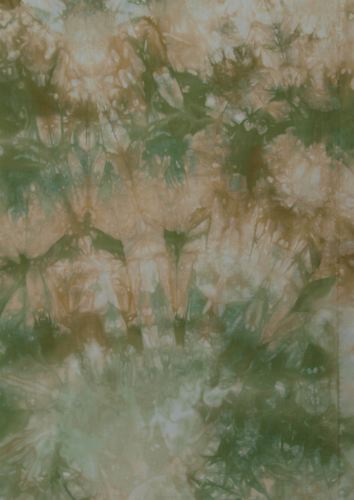 The other pieces were just stuffed into the pots containing the remaining dye solutions and left to their own devices. I have two different fabrics on the go for dyeing at the moment. One lot is from IKEA and it produces the more striking markings. The fabric is crisper and the folds are more pronounced so the “ice crystal” results are much more noticeable. The other fabric is an unbleached muslin that I bought as an experiment. It shrinks a lot and doesn’t produce such nice markings when dyed. It’s also a pain to iron flat so I won’t be buying any more of it. It’s the final piece below. The subtle markings are quite nice, but it really isn’t a pleasure to work with. 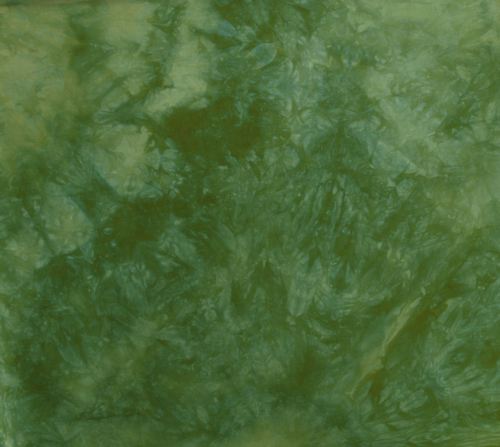 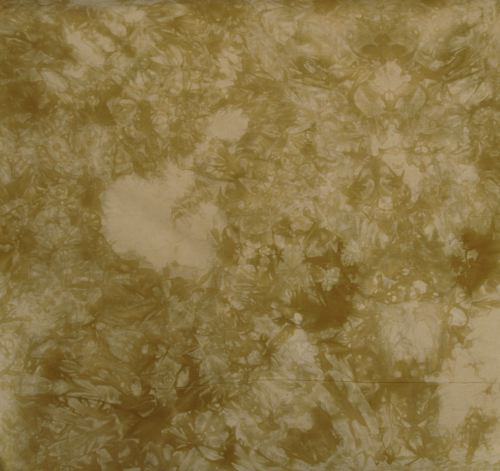 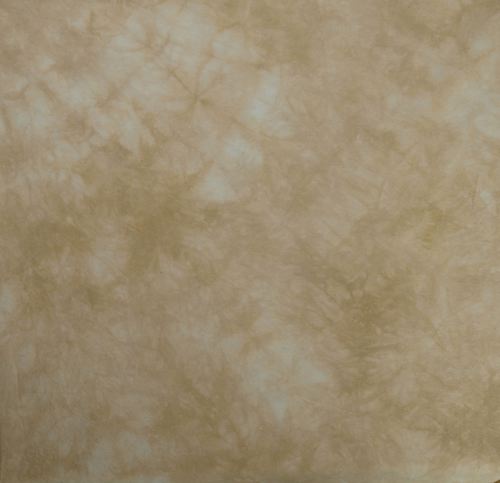